Hello! In January i bought myself my first Audi, and my first " old car ". It is a 1996 reg, 2.6 V6 front wheel drive model with 180,000 miles and counting. I bought the car from Yorkshire and i live near Derby so was a good drive back home for a new car and it did it without fault, and surprisingly wasn't too bad on fuel!

My cars very rarely stay standard and this one is no exception, i've already spent quite a lot on maintenance parts & modifying it and i'll keep the thread updated as i fit more stuff! I do 99% of work myself as i'm a mechanic by trade which makes it even more enjoyable. 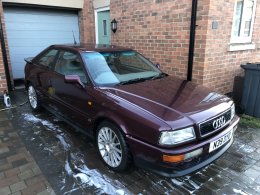 Above is the day i bought the car, got it back home & cleaned it of course! The paint was really bad, had tonnes of swirls and was looking more pink than red/purple. First up was rectifying the air intake that was already on the car when i bought it. The K&N item was fitted quite loosely and wasn't air tight, and i guessed it was the cause of the hesitation on throttle i was experiencing, i ordered a brand new Ram-Air filter that came with brackets and pipework, claiming to be bolt on, although it wasn't and i made up my own intake piping. Actually sounds and drives much better with this sorted! 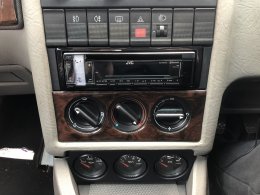 The original owner had a pretty decent head unit in, so i can't blame him for taking it with him! This meant i had to source my own, and i came across this JVC head unit that seemed to fit in nicely and came with bluetooth & aux, just like a modern car Shortly followed a deep interior detail, i'm no pro but every surface had to be cleaned thoroughly as it hadn't had much love in the past years, but it came up very nicely! 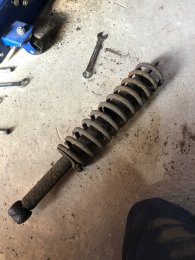 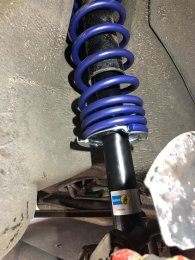 Now some real progress has been made. I replaced the very tired dampers for brand new Bilstein units, and coupled them with H&R 40mm lowering springs. Upon replacing them i noticed that the dampers all round had original Audi part numbers on, so could well have been factory fitted items, not bad for 180,000 and 20+ years! Pictures showing its nice new ride height & vastly improved paint, i spent almost a full day with Meguiars compound, polish & wax getting the paint up to an OK standard. It still has plenty of defects but at least has a good shine to it now!
The H&R springs and new dampers have completely transformed the way it drives, it has a much more modern car feel in the way it feels slightly stiff, but still rides more than comfortable enough. I can't judge outright handling performance differences yet as its not tracked up yet, but that's getting done later today. 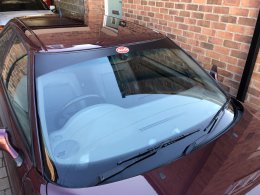 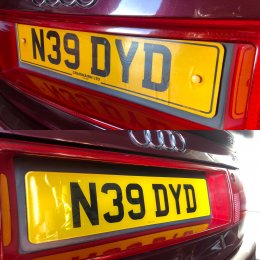 Onto some smaller touches for now. A sun strip with a classic Audi badge, and replaced the tired old number plates with clean looking new ones without borders. Much better!

I've got much more to do to this car, such as better brakes & more! Hope you like my progress so far and feel free to drop a message, i'm looking forward to getting to know some of the Audi community and hopefully attending some meets too!

On Friday i popped down to my local track as a friend had a day organised, called Curborough Sprint Course in Lichfield. It's been featured on a few of Car Throttle's Youtube video's if you're not familiar. Thought it would be rude to not take her for a few laps! 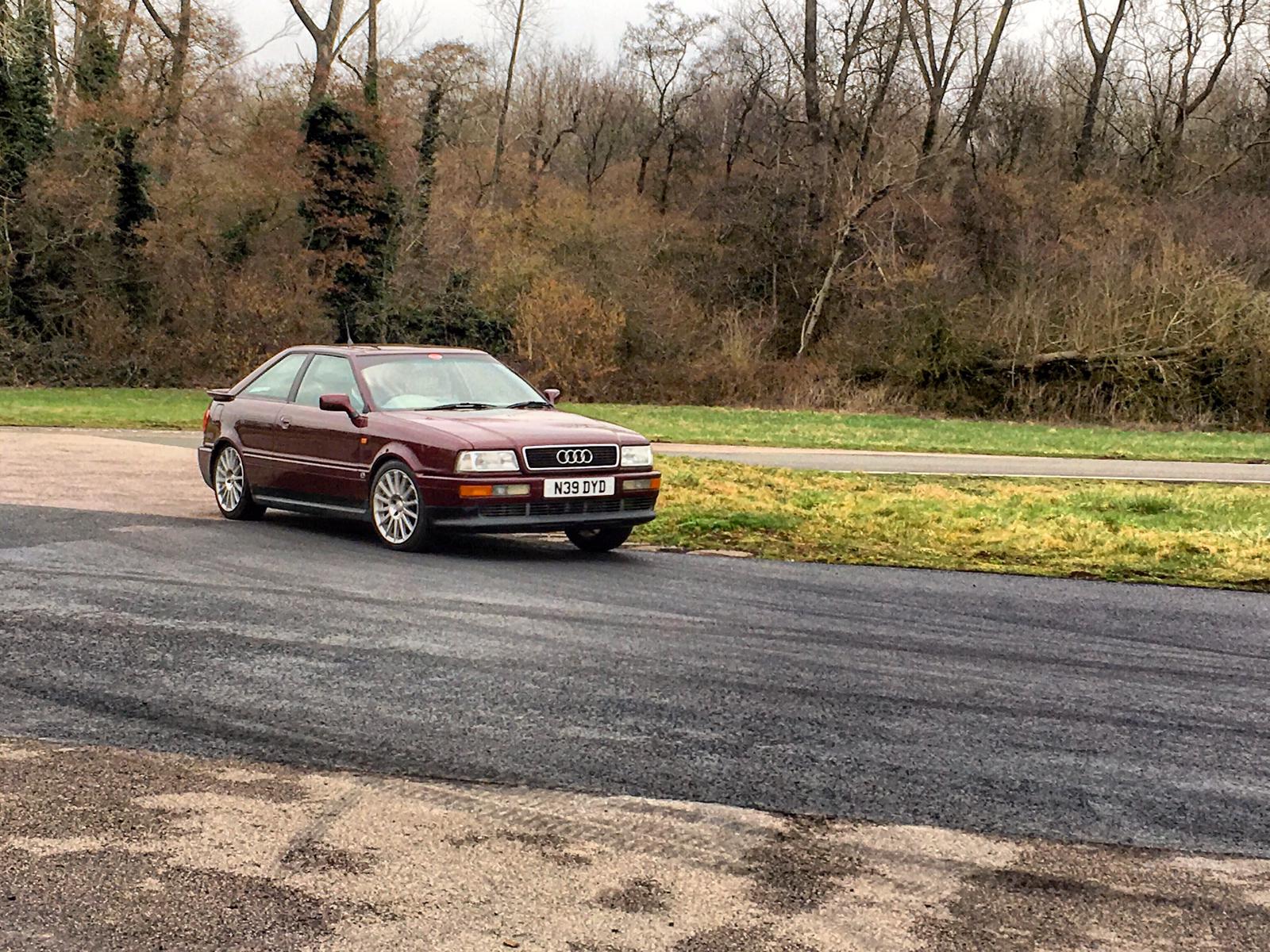 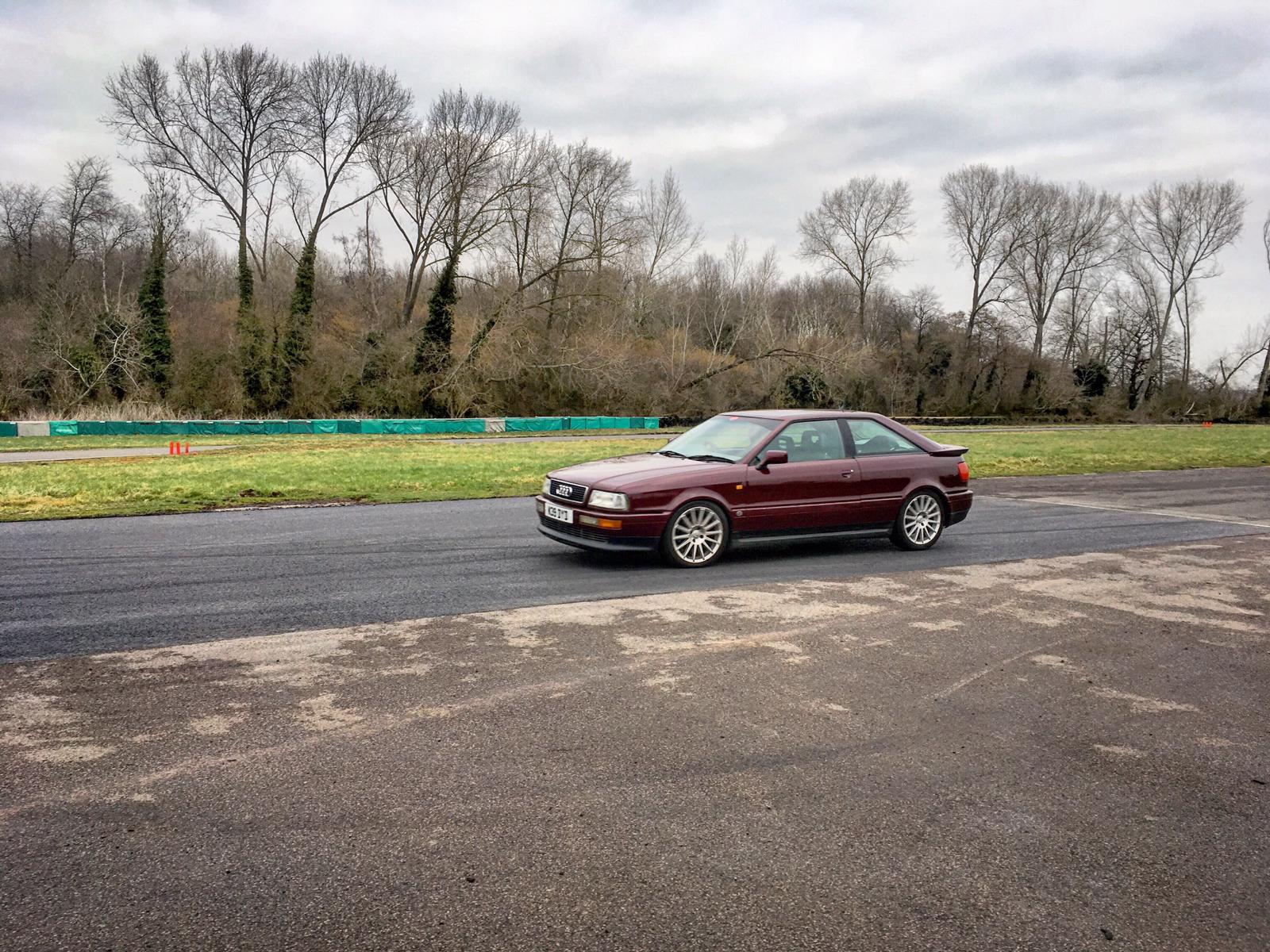 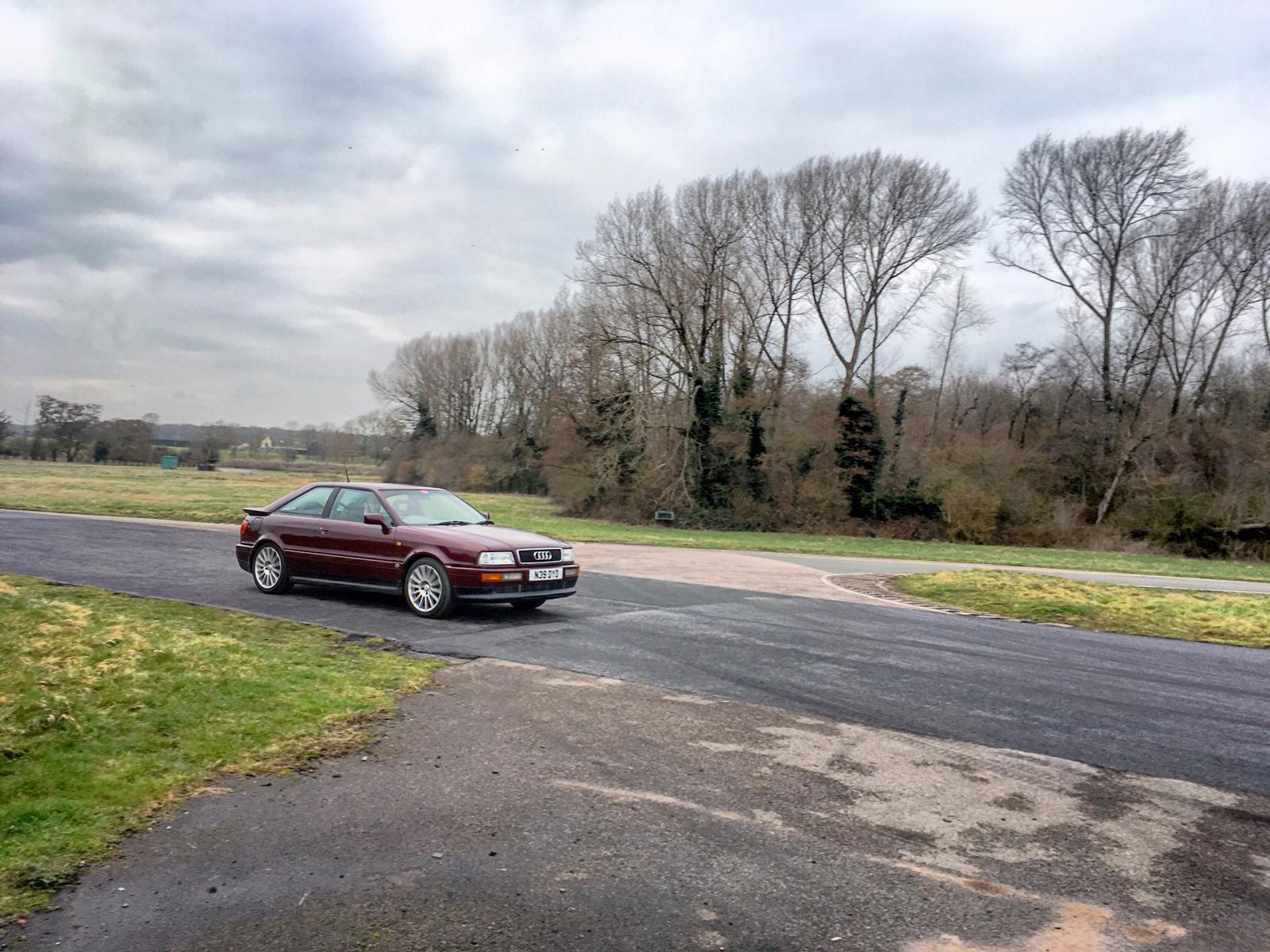 Obviously no lap records were set, but this car is all about the experience with its nice V6 sound and smooth power delivery. Great fun!

The latest mod i've done is fitting this 360W lightbar. I've wired a relay in so that when the high beams come on, it operates the relay and the bar comes on. I commute around 13 miles to work and almost all of it is country lanes in pitch black too so will be a big help, plus i think it looks cool. Tried to fit it into the bumper as seamless as i could, hopefully it's worked! 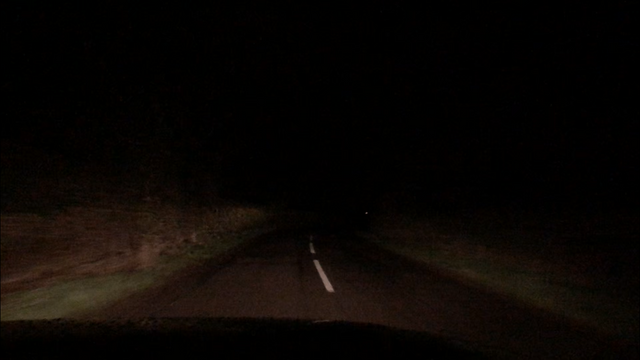 Image above with dipped beams on 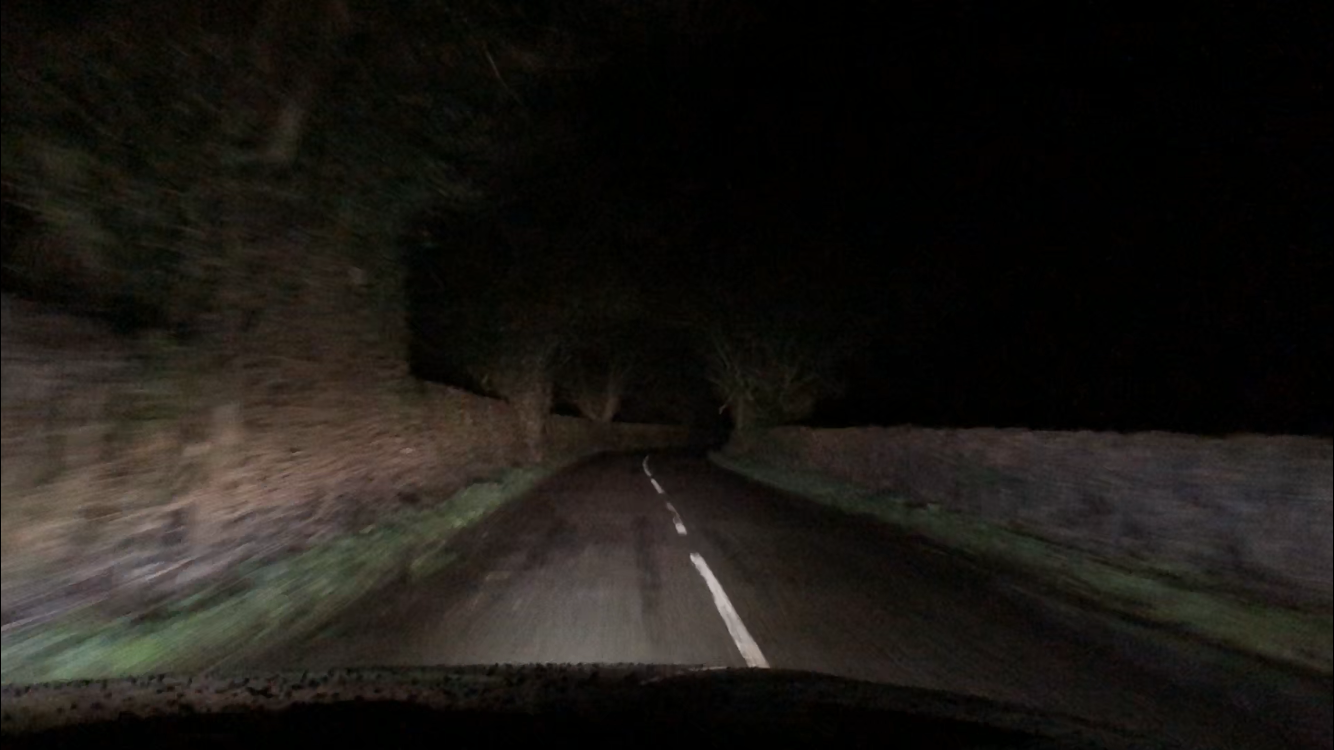 Image above with the light bar on, much better visibility compared to the standard high beams. Well worth the money!

Not progress as such, but met up with a good friend of mine the other day and had a look round his MK3 Golf cabrio and took some pics of the two Germans from a similar era! 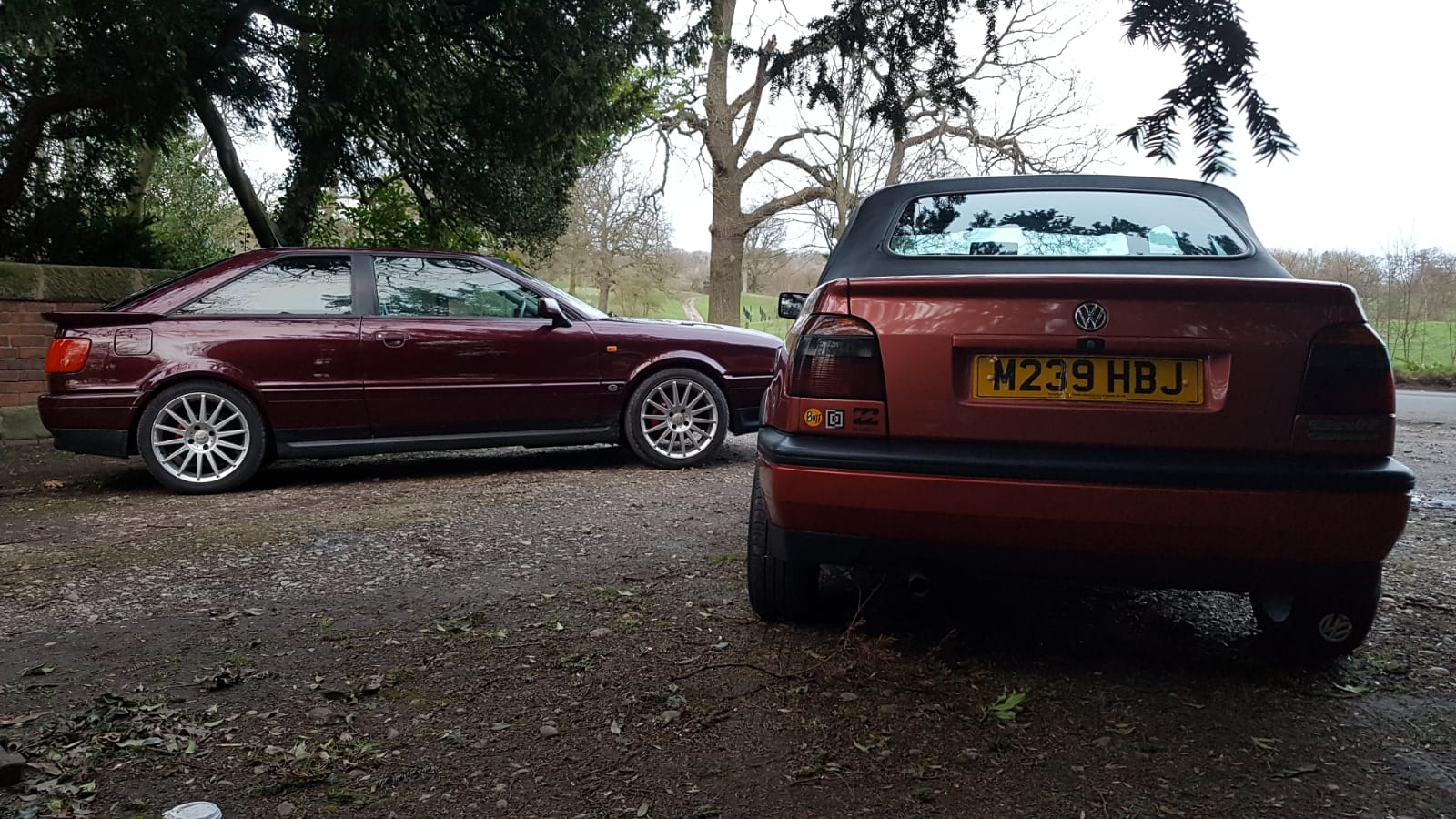 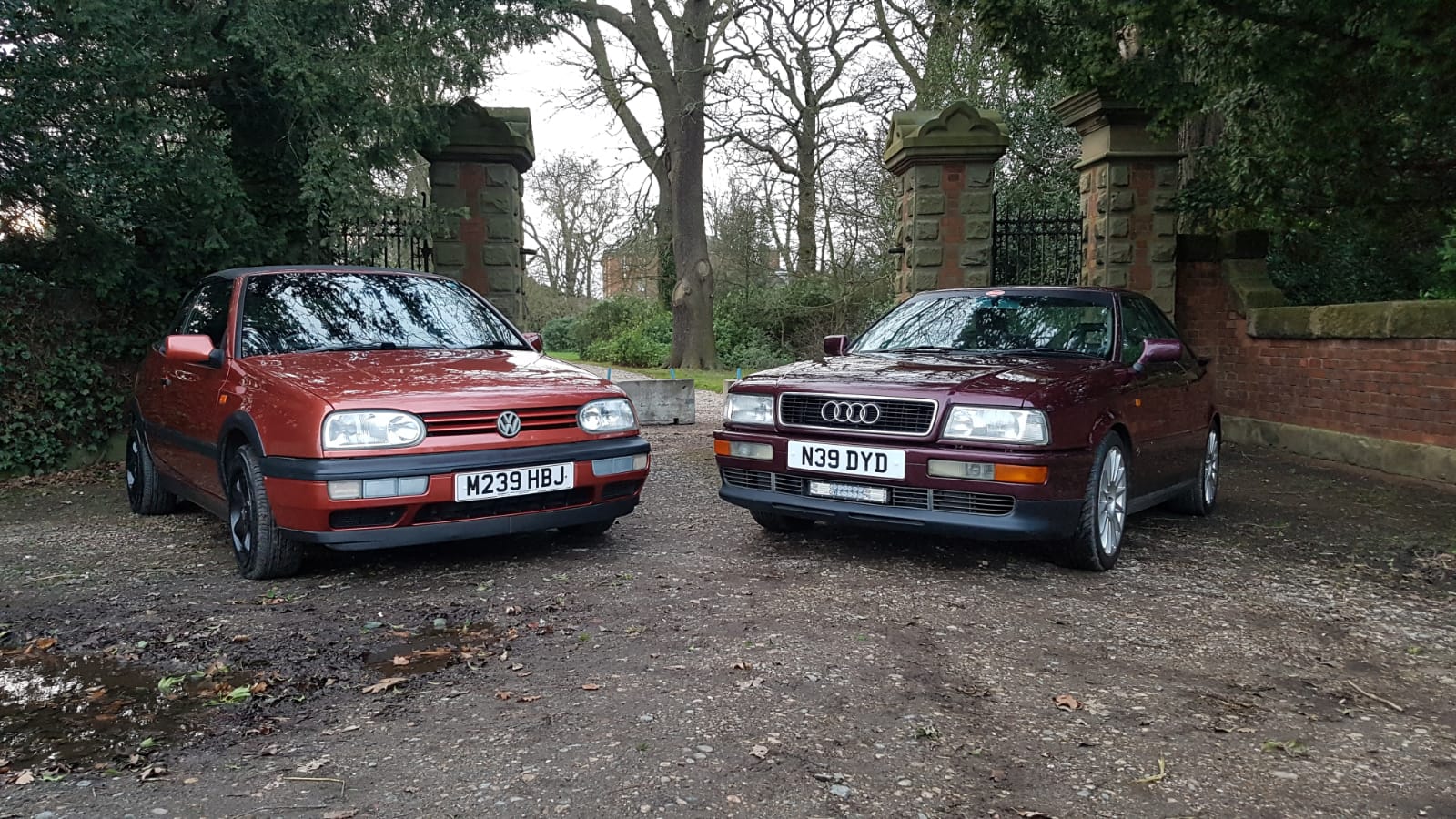 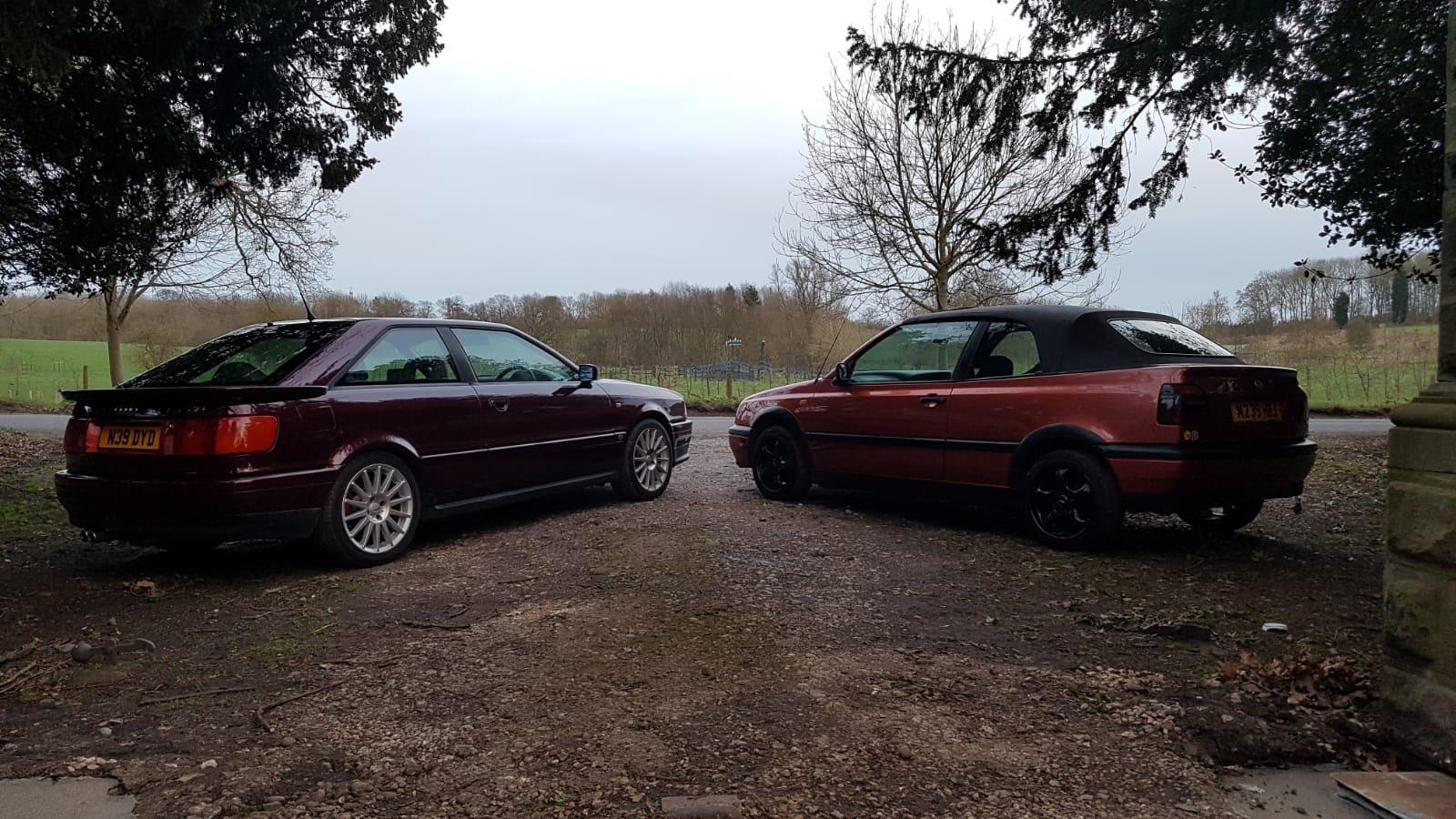 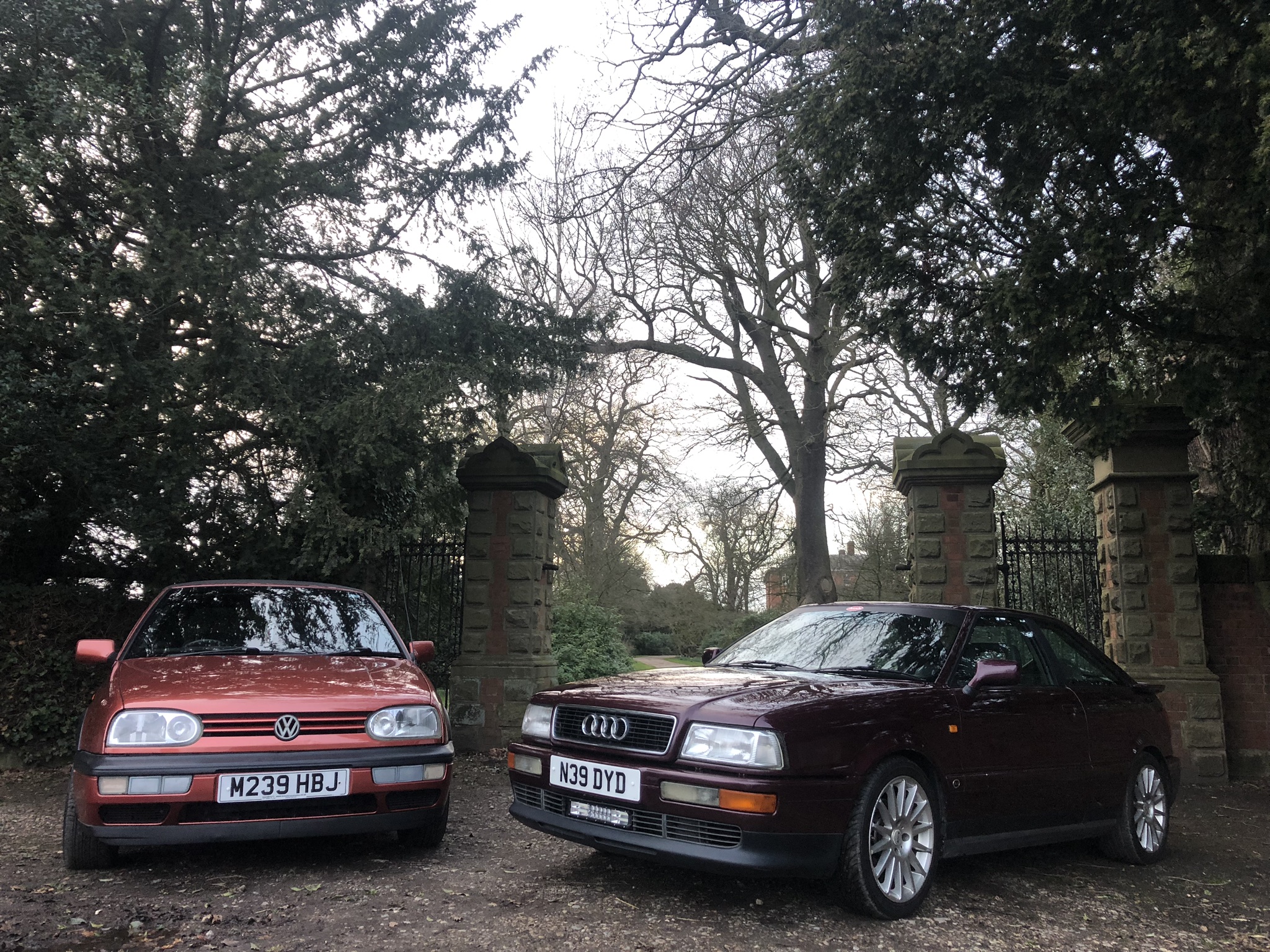 I'm currently tackling the cambelt, water pump, thermostat, aux belt & tensioner and new header tank, but taking it's time as having a newborn baby, working 12 hour shifts and everything else means not too much time. Hopefully get some pics up when those jobs are done.

Nice coupe, I used to have a golf cabrio 2.0 many years ago myself, both lovely cars.

There a cabrio/coupe group for the audi on Facebook.
Audi 80 cab/coupe enthusiasts worth a look
NULL
You must log in or register to reply here.

A
Hello everyone and Help! 2.6 Coupe advice needed!

A
Hello everyone and Help! 2.6 Coupe advice needed!