What would Audi’s entry mean for Formula One? Speculation over the potential for Audi to enter the world of Formula One has been around for many weeks, but it seems that Audi and the FIA are closer than ever on agreeing to a collaboration that will see Audi taking part in Formula One beginning in the 2026 season.

The prospect is an exciting one for Formula One fans and has the potential to shake up the sport, with fans and sports betting enthusiasts already contemplating what the Audi entry would mean for the sport and for the busy Formula One betting markets. So, what will Audi bring to the world of Formula One and how significant is their potential arrival?

The rivalry between Mercedes, BMW and Audi has long been a feature of German car making, but of the trio, Audi is the youngest. Established by August Horch in 1899, it moved from Zwickau to Ingolstadt in 1945. By the 1970s, Audi was having a big impact, leading the way in several markets.

Audi has demonstrated a great aptitude for invention, which is still evident today, as seen by the launch of the Audi Virtual Cockpit a few years ago, as well as the virtually universal usage of all-wheel drive on Audi roadster vehicles. The former has subsequently been adopted by Mercedes for the current A-Class, while BMW has adopted the latter for some of its models.

Audi has also been a consistent performer in a host of motorsport events, from the World Rally Championship and the world of Super Touring Cars to Le Mans and the Dakar Rally. Thus far, Audi has not entered the world of Formula One. However, the prospect of an ongoing rivalry between Audi and the long-established Mercedes F1 team is an exciting one, which could bring more competition, intensity and fan interest to the Formula One Constructors Championship.

Although Formula One has gone through regular technical and rule changes over the years, the 2026 season is scheduled to be one of the most significant seasons ever. Major changes are planned for that season, including significantly more environmentally friendly power systems and a dramatic reduction in the costs involved for teams competing on the Formula One circuit.


Audi has reportedly been closely involved in some of the discussions regarding the implementation of the new rules, which include greater reliance on sustainable fuels and on electrical systems. Although Audi would no doubt be able to enter Formula One before 2026, given the major changes that this will entail, it makes sense for Audi to target that year.

How will it work?

Although it is looking more likely by the week that Audi will be joining Formula One, there is no certainty yet over what form this entry will take. In fact, it has been reported that the Volkswagen Group, which is the parent company for Audi and several other manufacturers, is considering several options.

Audi's intention to join the sport as a complete factory team or as an engine provider is likewise unknown. It's understood that negotiations for cooperation with McLaren or Red Bull are still underway, with equity holdings in the racing teams being considered. While McLaren has confirmed 'early stage' conversations with Audi, it has also said that it is in talks with other possible partners about investing in the racing team

Some rumours have linked Audi to McLaren, with fellow VW-owned manufacturer Porsche to Red Bull, with the two companies providing the engines for those teams. It has even been speculated that Audi could fully take over McLaren, or that Audi would partner with Williams.

We don’t yet know what form an Audi entry into Formula One will take, but it could bring a lot of positives to a sport that has been under increasing pressure in recent years.

The arrival of the Audi versus Mercedes rivalry in the world’s biggest motorsport event would be a huge boost for fans and add a whole new dimension of competition. Audi’s reputation for innovation will also be a positive and could lead to a new era in Formula One car design, as the sport faces the tough challenges associated with reducing engine emissions and cutting costs.

Above all, the inclusion of one of the world’s most famous motor brands, with its reputation for high quality and technical innovation, will be a huge boost for the sport, and could entice many more fans to follow the sport in the years to come.[/advert_dex]
Last edited by a moderator: May 12, 2022
Click to expand...

Administrator · From Not MK.... Honest
Staff member Administrator
F1 is on the way out, it's popularity is declining. Stick the R8 into Supercars instead
This might make me watch F1 again. It's been so boring since the mid-90's.

How to achieve what a customer senses when driving an Audi: This is an Audi.

How to increase the chances of winning in betting? Betting is a multi-million dollar industry that has existed since ancient times and is developing more and more every day and has more and more...
Read More... 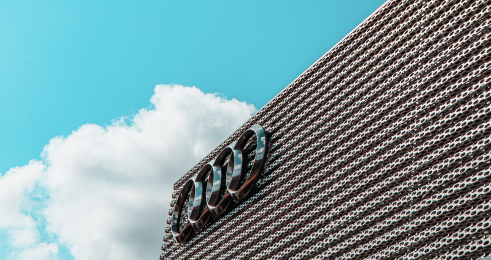 Logos are extremely important for business nowadays. This is because they’re everywhere. They help businesses give a definition to their brand...
Audi
Read More... 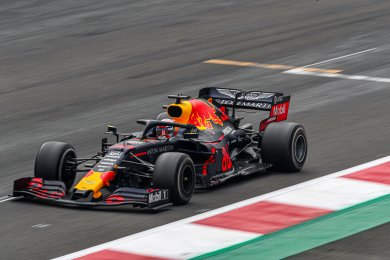 Audi is set to participate in Formula 1 in 2026, but not as anyone might have expected. Although the luxury brand has to look to its parent...
Audi Motorsport News
Read More... 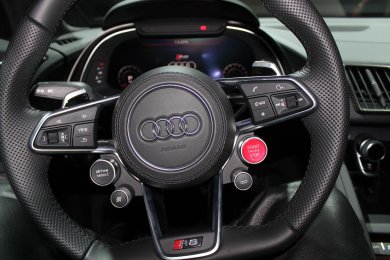 The rumour mill has been going on for months, but the Volkswagen Group will enter F1 with its Audi and Porsche brand. The board of directors gave their approval on the 7th of April this year, and...
Audi Motorsport News
Read More...

A Brief History of Audi in Racing 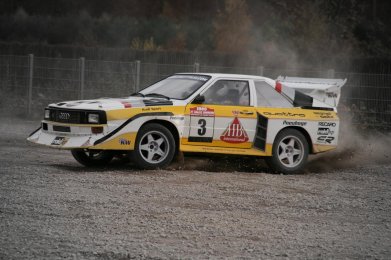 When most people think of Audi, they think of one of the world's most successful luxury car manufacturers. However, the carmaker's story doesn't...
Audi
Read More...
Top